Across today’s highly connected and data-driven business landscape, the need for continuous, clean power cannot be overstated. Even the briefest amount of downtime can be devastating to an organization, regardless of its size or vertical. Not only is the current price tag for downtime estimated at $5,600 per minute, but unplanned incidents can result in equipment damage, data loss, missed opportunities and tarnished reputation.

Thankfully, an uninterruptible power system (UPS) is one of the most simple, cost-effective solutions to help companies avoid the unwelcome consequences of downtime. But with several different types of systems available, the challenge is selecting the one that best matches your needs and budget.

What Is a UPS?

A UPS is a backup system that provides power in the event of a utility failure. By supplying an adequate window to safely shut down sensitive equipment, a UPS helps prevent data loss and minimizes the stress of a hard shutdown on electronics. But protecting equipment against a complete power loss isn’t the only reason you need a UPS. Depending on the UPS model, these systems also shield connected devices from common power problems and unsafe output voltage fluctuations that can damage electronics, reduce lifespan and affect performance.

How Does a UPS Work?

Essentially a battery in a box, a UPS powers the devices that are plugged in to its AC outlets when the flow of electricity drops to an inadequate voltage, or if a complete outage occurs. In case of a blackout, the UPS immediately switches to battery to provide a continuous power source for the length of the battery, which varies by system for periods of time ranging from minutes to hours.

Depending on the size and technology of the unit, a UPS is capable of protecting a single computer up to an entire data center. Essential for mission-critical environments, a UPS keeps computer systems and IT equipment safe and operational during a power loss until generators can be activated or protected devices such as servers and network components can be properly shut down, preventing loss of data and work-in-progress. In addition to delivering backup power during a utility failure, UPSs also afford varying degrees of protection against other damaging power problems, including voltage sags, surges, brownouts, line noise, frequency variations, overvoltage conditions, and switching transients and harmonic distortion.

It’s important to understand that all UPS systems are not created equal. Rather, there are three primary topologies: standby, line-interactive and online. Each type of UPS topology not only delivers varying levels of protection against power problems but achieves the result in a separate manner while placing differing frequency demands on the battery.

Also referred to as an offline UPS or passive UPS, standby technology offers the most basic type of protection, allowing equipment to run off of incoming utility power until it detects a problem. In a standby UPS model, connected devices receive utility power through a direct AC connection, with the unit essentially remaining on hold until backup power is needed. A standby UPS will switch to battery to safeguard connected equipment when power fails, as well as adjust for routine sags and surges. The transfer time generally occurs in milliseconds after a power loss, and although the switch is not instantaneous, in most cases it will not interrupt the flow of power to equipment. If a lengthy outage is expected, the battery backup power of the UPS will allow for safe shutdowns so equipment and data remain protected.

Because standby topology does not buffer equipment against other common power anomalies, it is best suited for non-critical and less demanding home network and office environments that are not subjected to frequent disruptions. While standby UPSs are the least expensive type of UPS, the downside to this topology is that it frequently resorts to the battery, which can reduce runtime and service life.

A UPS with line-interactive topology is designed to shield connected devices from power failures, sags and surges like a standby model, while also providing protection against voltage spikes and voltage drops. Typically used to safeguard enterprise network and IT applications, the line-interactive UPS is controlled by a microprocessor that monitors the quality of incoming power and reacts to fluctuations. In addition to providing more protection than standby UPSs, line-interactive units offer better power conditioning and regulation, which helps prolong battery life.

One of the biggest advantages of line-interactive topology is that it compensates for undervoltage and overvoltage circumstances without using the batteries. Under normal power conditions, line-interactive UPSs pass input power to connected equipment through a surge/noise filter and voltage regulator, while an inverter charges the battery for emergency use during an outage. However, if the voltage fluctuates outside of a safe window, the UPS relies on built-in automatic voltage regulation (AVR) to increase or decrease the output voltage to an acceptable level. As long as the input voltage remains within a safe range, line-interactive UPS systems regulate the output voltage without using battery power. This advantage prevents frequent switching to battery, which can drain reserve power intended for an outage and reduce battery lifespan. During an outage, the line-interactive UPS converts the stored battery power into regulated AC output power to support the connected equipment load.

While standby and line-interactive UPS models provide varying degrees of power conditioning, an online or double-conversion UPS is designed to deliver continuous protection against all nine of the most common power problems, supplying a consistent clean power regardless of any incoming instabilities. In order to create a power supply without any electrical interference, the output voltage of an online UPS is entirely regenerated by a sequence of AC to DC conversion, followed by DC to AC conversion. During erratic power or fleeting disturbances when AC input power falls outside of preset tolerances for line-interactive mode, the online UPS switches to online double-conversion mode, completely isolating equipment from incoming power. If power fails altogether, or the input power exceeds the tolerances of the rectifier, the UPS will rely on the battery to keep loads operating, then convert back to high-efficiency mode when it is safe.

Online UPSs are the optimal choice for mission-critical applications or those involving highly sensitive equipment, such as data centers, communications hubs and other installations where continuous, clean power is a business-critical requirement. They are also beneficial in environments that are particularly prone to dirty power.

While there are numerous benefits to deploying a UPS, first and foremost, they protect against utility power failures, which are occurring on a dramatically increasing basis. While blackouts can be caused by a wide variety of issues ── including automobile accidents, animal interference and overtaxed power grids ── severe weather ranks as the No. 1 cause of power failures in the U.S. From hurricanes to heatwaves and flooding to freezing rain, weather is leaving organizations in the dark for longer than it has in the past, in large part due to climate change fueling more violent storms. In fact, in 2020, U.S. electricity customers experienced an average of 8 hours without power ── more than twice as long as the 2013 average.

In addition to keeping equipment operational during a power loss, a UPS also acts as a filter to shield devices against variances in the power supply, which can cause damage to sensitive equipment like computers and network gear. Depending on the topology, a UPS allows only a steady stream of clean power to reach attached devices, helping to safeguard against common power anomalies that can damage equipment. In addition, battery backup power prevents data loss and provides time to save work-in-progress during outages, surges or other power variances.

Finally, a UPS provides confidence that your organization will be able to avoid the financial cost, customer frustration and business disruption caused by network downtime ── and you can’t put a price tag on peace of mind. Whether protecting a network closet, a few server racks or an entire data center, it is imperative to safeguard against equipment damage, downtime and data loss.e

Never before has it been more critical for organizations of every size to protect their operations against the potentially disastrous impacts of downtime. While all three UPS topologies outlined above meet the input voltage requirements for IT equipment, there are significant differences in both performance and demands on the battery.

Determining the best topology for your organization depends on a number of factors, including the level of reliability and availability required, the type of equipment being protected and the overall application/environment. If you need assistance determining the optimal topology and the UPS model best suited for your environment, Unified Power can help you compare and identify systems. 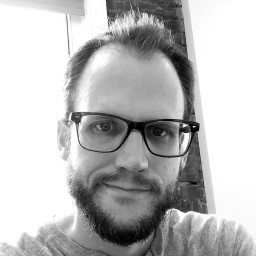